The Everyday | standing up

Ayesha Khan is a Welsh photographer who uses her creative practice to tackle head-on the misrepresentation of Muslim women within the British media. As Ayesha’s background is half-Welsh and half-Pakistani, she understands each culture and the differences between them. She is also a Muslim who wears hijab, and as a result has been able to identify some key issues concerned with stereotyping and Islamophobia whilst growing up in the South Wales valleys. A central theme within her photographic work is the depiction of powerful Muslim women, as a direct response to negative Muslim stereotypes as perceived in media imagery of all kinds.

Muslim women are a minority within a minority, being subjected to three levels of discrimination: being a woman, a Muslim woman, and a Muslim woman wearing clothing that identifies with the Muslim religion.

Liberation for Muslim women has been measured by the degree to which their dress codes conform to standards acceptable in the West. Many Westerners have assumed that it is not the choice for some women to adopt a style of dress concurrent with their Islamic faith. This idea takes away the agency of individual Muslim women who chose to wear the hijab and modest clothing. In addition to such stereotyping, Islamic dress in the UK has also become negatively associated by some elements of the UK media with immigration concerns and terrorism. The association has changed from religious to political, and when a woman wears a hijab she becomes a visible Muslim and becomes a target for Islamophobia. The barriers in social integration have therefore been heightened by the choice to identify as Muslim.

By showing a different social representation, the images in this project create a dialogue within the Western community. The women featured agreed to be photographed in their work or leisure space as they were keen to overcome stereotypes and show how they integrate into society. The shoots also involved interviewing the women to personalise and amplify their experience, both for them and for the audience. The quotes selected speak directly to the audience, inviting them to question their assumptions.

The fact that 80% of physical abuse reports are made by Muslim women offers compelling evidence that there is not enough education and enlightenment around the Islamic faith within Britain. Furthermore, the ratio of negative to positive representations of Muslims within the British media is 21:1. This is one of the factors that is adding to the increase of Islamophobia.

This project explores the identity of Muslim woman who must stand up for themselves whilst also educating people about Islamophobia. The clothing of each participant shows the wide variety of dress that Muslim women choose to wear. Within the media a generic dress code has been stereotyped to suggest all Muslims dress like Arabs, which of course is not true: Islam is not a culture but a religion.

I have created images of powerful Muslim women and incorporated these with influential Western buildings within Cardiff. I have specifically chosen buildings that represent the West, in respect of culture, history, education, government and media. These institutions are highlighted to show that, if each one were to promote Islam in a positive way and on a large scale, the impact would be highly visible, as each institution is respected in its own way and has its own audience.

In making my portraits, I made good use of natural lighting to create shadows and highlights where I felt these added to my message. The highlights are used to create a holy glow – ‘Noor’ – on each participant’s face, to express their taking a stand against discrimination whilst still being proud of their faith. The shadows represent the darkness within Islamophobic notions and the behaviour that results.

All participants agreed with the statement that Islam has been misinterpreted by many and how there is a larger need to enlighten and educate people about the true message that Islam spreads, this being peace. 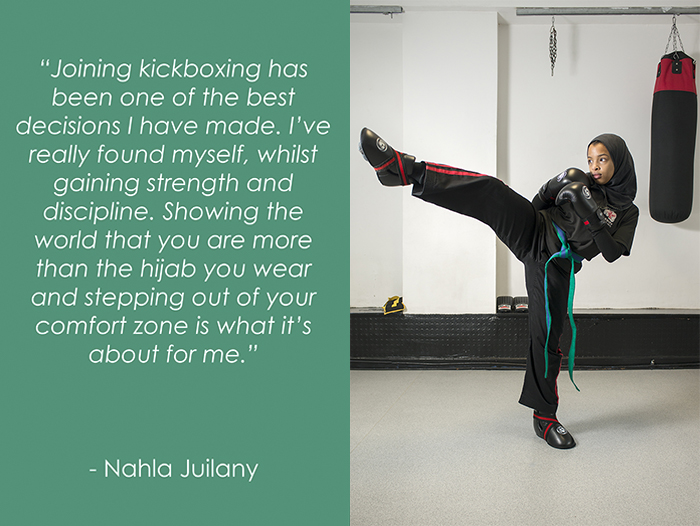 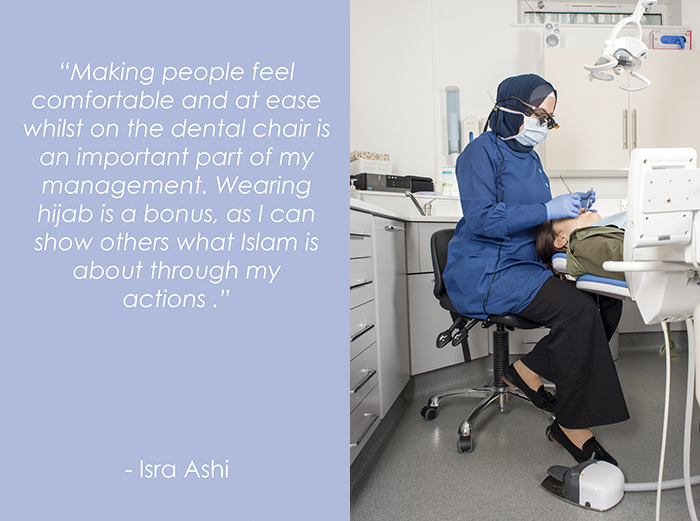 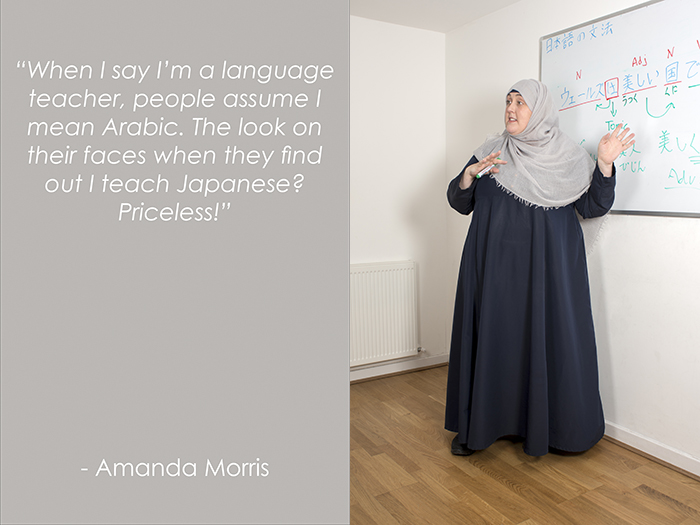 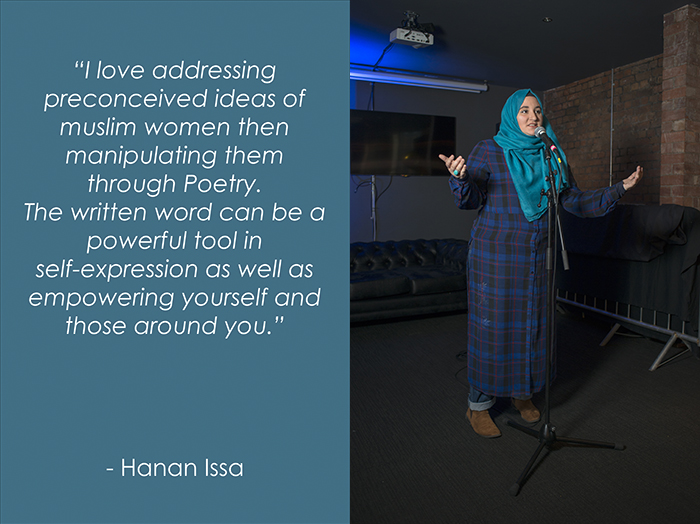 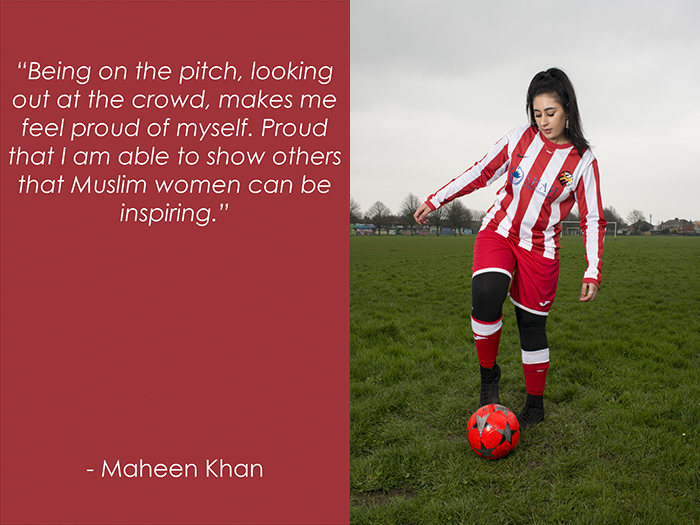 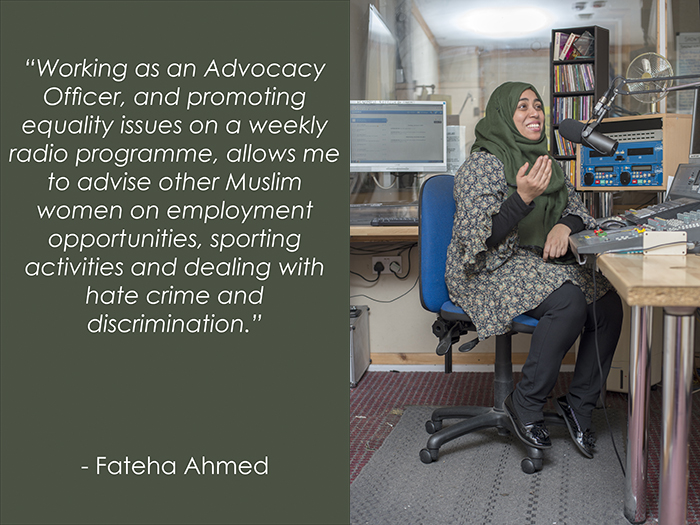 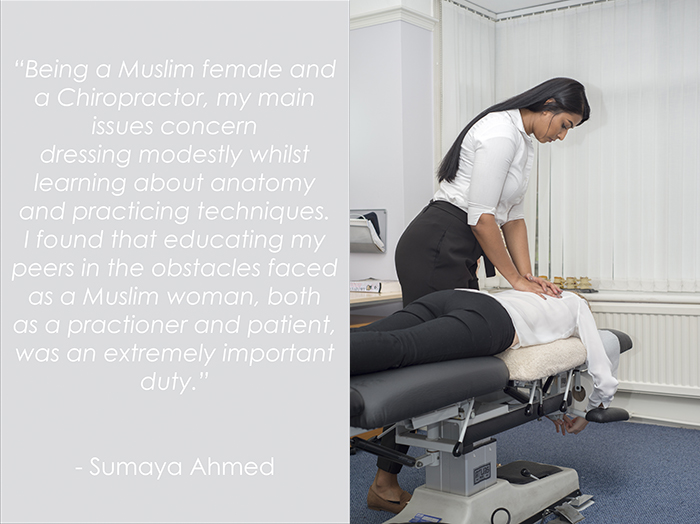 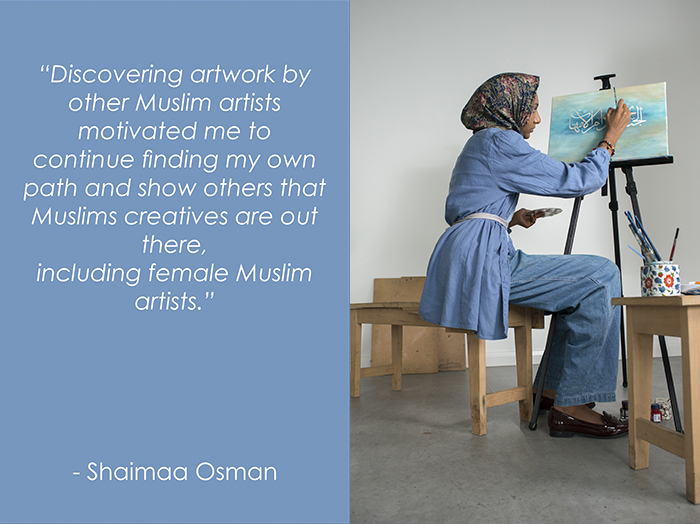 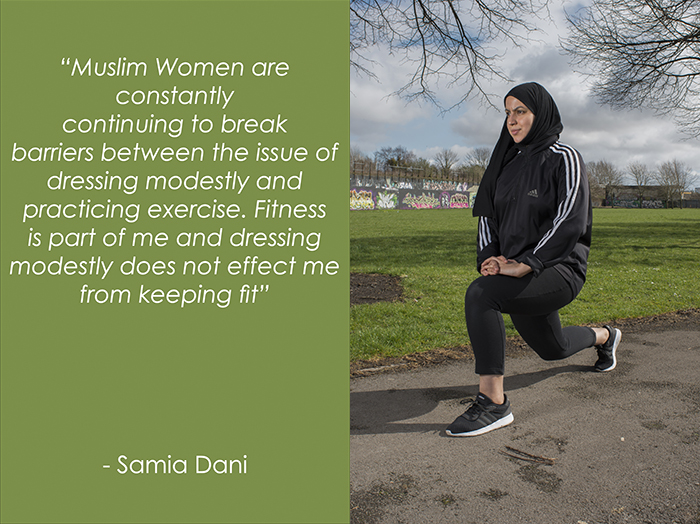 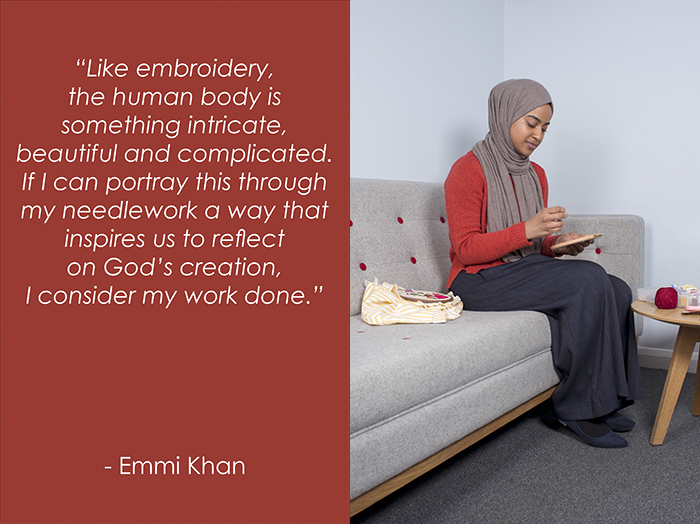 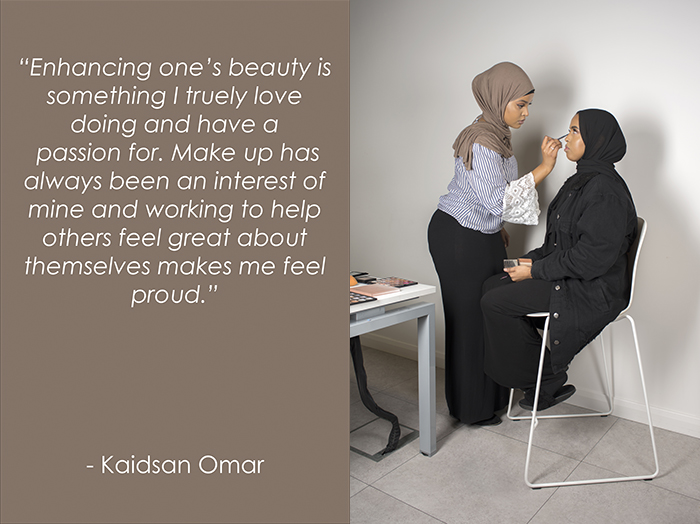 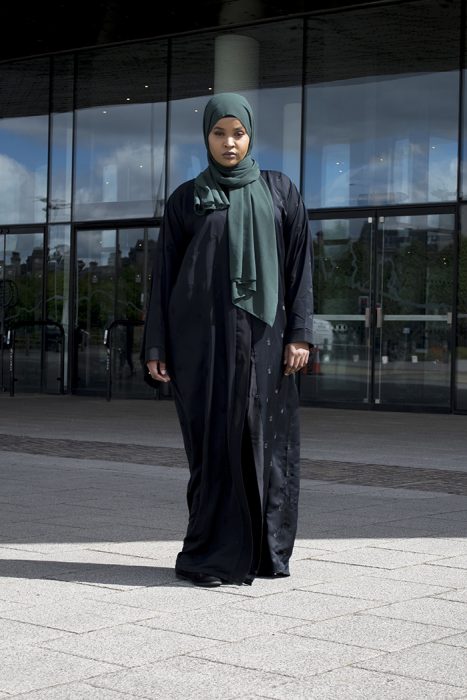 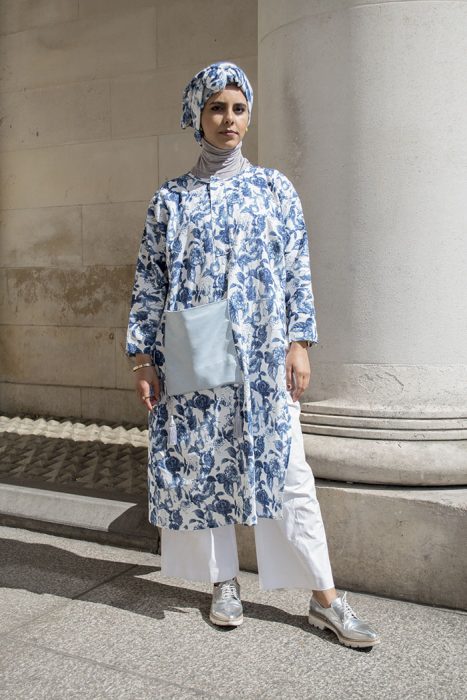 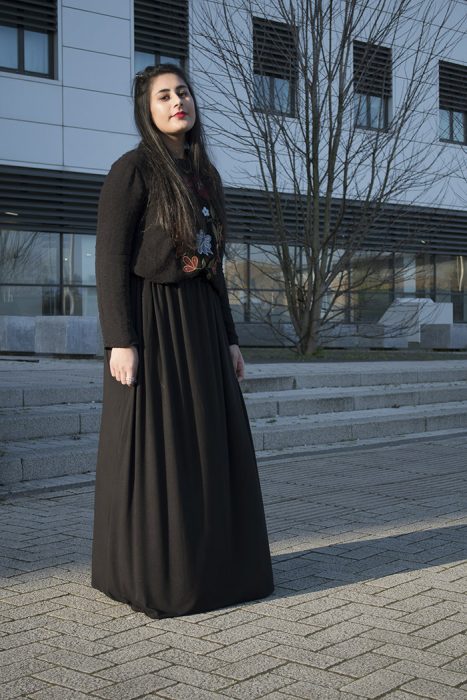 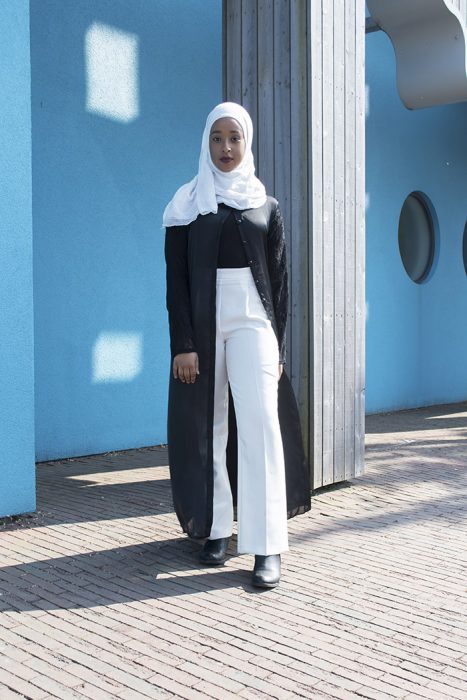 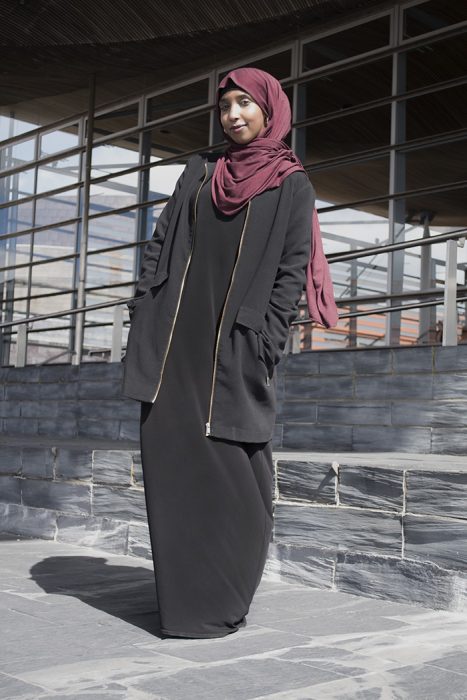 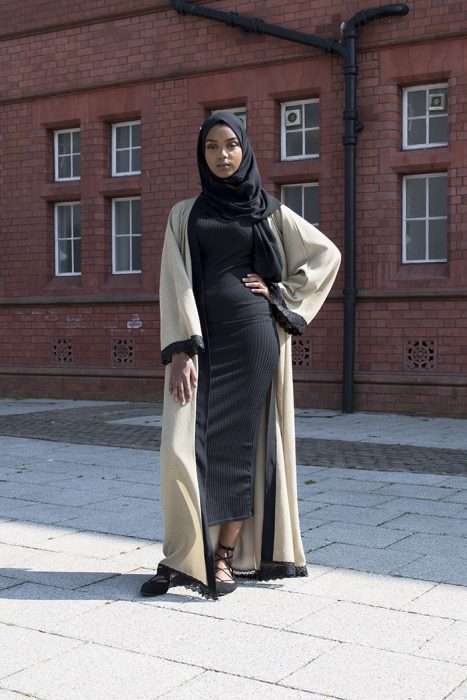 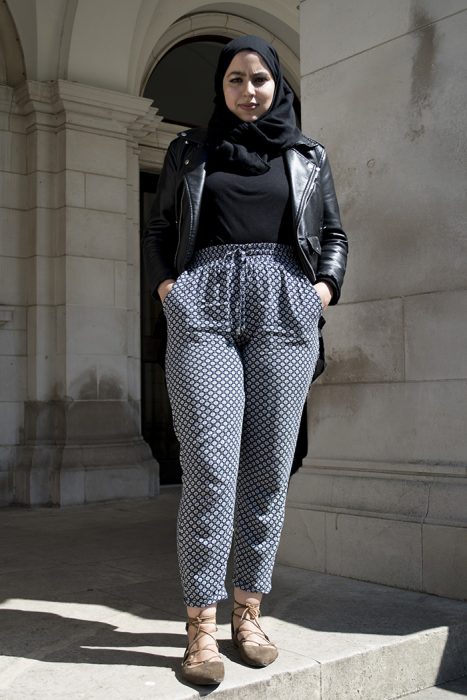