The photographic tryptic of bold, colourful and abstract shapes, takes reference from the photographic works of German husband and wife team, Bernd and Hilla Becher. For over 40 years the Bechers documented the disappearing industrial architecture of Europe and North America in the 20th century.
Collaborating with set designer Amy Friend, Abi designed 3D models, taking inspiration from the building structures and concrete shapes found in the Bechers’ imagery and abstracting them to their simplest of forms. This was the basis of a unique set of shapes, forming a new identity and channelling a super- minimal quality.
Wanting to inject colour and vibrancy into the images, in stark contrast to the Bechers’ black and white imagery, the models were carefully lit with coloured gels all in camera. Though they could be perceived to be graphic manipulations, the images are in fact coloured light hitting the white 3D models. Window were cut away to allow coloured light to spill through and create soft pastel gradients. Each layer of coloured light was carefully considered as one light source would affect the tones of the other.
The Bechers would often display their images in a grid formation, enhancing the overall graphic sense. Wanting to push this visual approach, the 3D shapes were presented onto rectangular plinths to give repetition and an architectural composition.
Setting out to create forms that felt instantly familiar, like the man-made structure of a buildings in the Bechers’ work, the new approach also created a surreal and other worldly aesthetic. 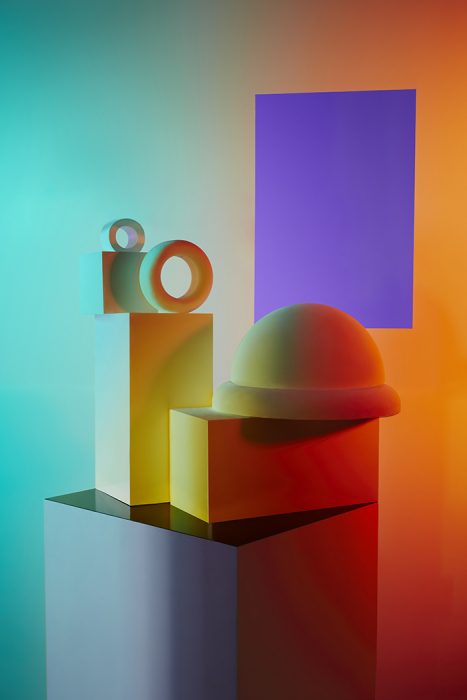 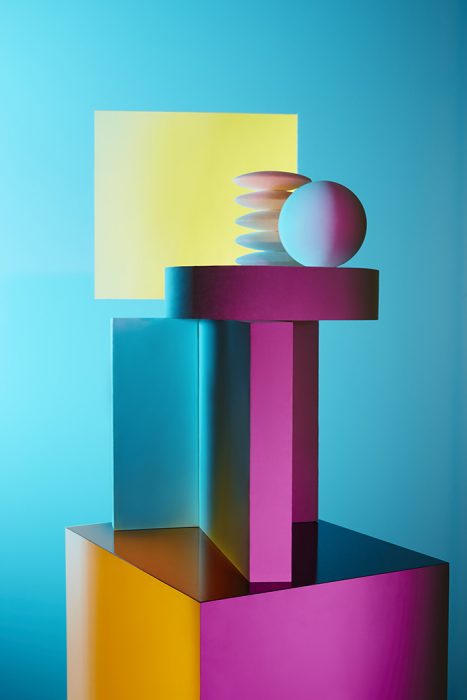 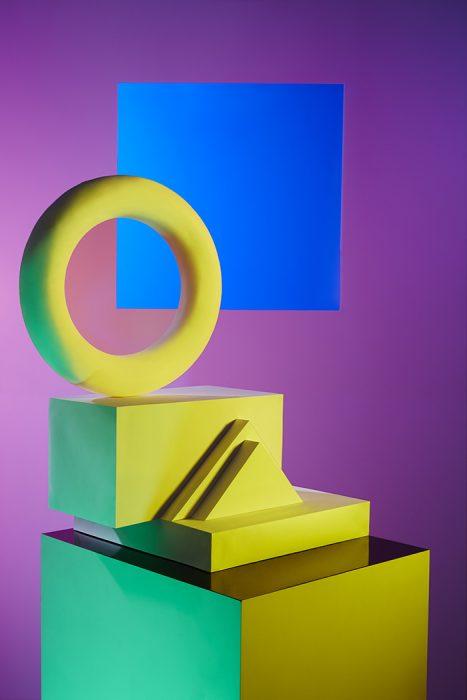